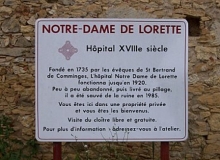 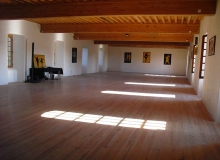 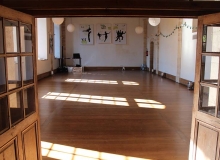 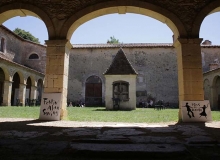 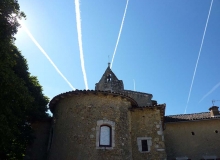 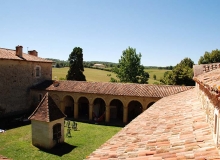 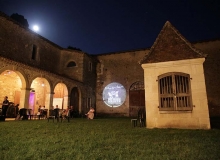 Notre-Dame de Lorette, built on a hill, towers over the surrounding undulating landscape.
The monument faces the very pretty village of ALAN and its Bishops’Palace at the crossroads of  3 departments of Haute-Garonne, Gers and Ariège, 70kms South of Toulouse (South-West of France).
The building came into existence in 1735, thanks to a bishop of 'Saint Bertrand de Comminges'. Directly on a 12th century old vault, it served as an hospital until 1920.
It was ignored until 1985, when Christophe FERRY, a man of passion and a carpenter, bought the complex and began the restoration of the former hospital which became today a place of cultural where visitors are welcomed.

It is in this unique place that you will dance during one week!

By train : 10mn from the Boussens Railway station (SNCF). Tell us your arrival time at the station and we will find a way to collect you...

Theme by Anders Noren — Up ↑